“Touching Lightly” is a public artwork which is a hardly concealed metaphor for the shifting philosophies of energy production. Using highly sustainable lighting technologies on the  site of the old coal burning power station the concept creates a dialogue between the past and the future.

Currently the site of the Canberra glassworks the shimmering pillar (chimney) of glass references both the past and present usage of the site. Both timeless and elegant in its simplicity the concept uses an interactive glass suspended off a minimalist structure which displays little evidence of the glass support.

Invisibly suspended between the curved glass skin and the support structure is a construction of Light Emitting Diodes which by night, physically re-creates in light, the actual structure of the chimney as a suspended, light-defined form.

The shimmering day time structure rebuilds itself as a “volume” of light  by night and in so doing, takes two of the most ephemeral mediums (transparency and light) and gives them a physical manifestation.

In 2010 the artwork was a finalist in the Art in the Working place category at the International Architecture Symposium, Barcelona. 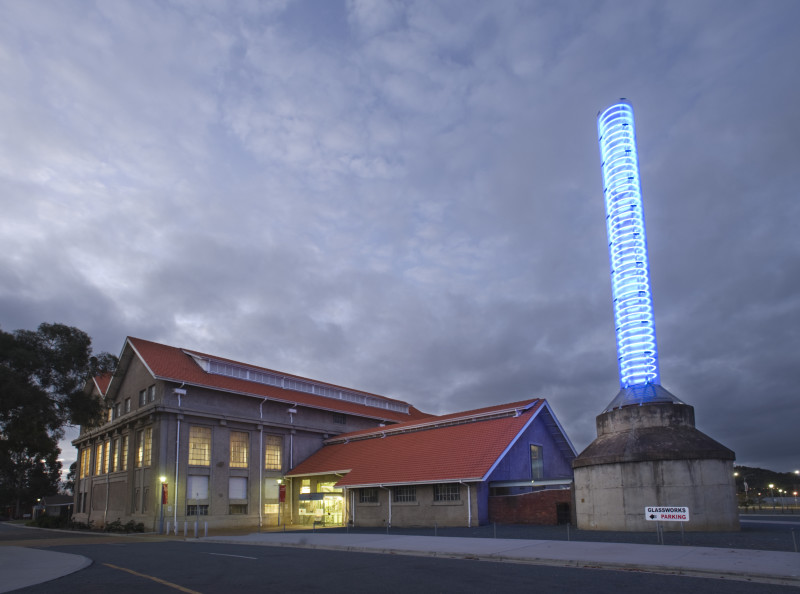