This large scale public artwork which references the visual form of a valley acts as the entry feature to the Swan Valley Region in Western Australia. It uses the ephemeral element of shadow as a major component in the daytime effectiveness of the work. During daylight hours the structure exhibits a constantly changing, playful complexity due to the  ever changing juxtaposition of the steel structure and its shadow. This shifting interplay is constant and variable depending upon the season (angle of sun), time of day, position of the viewer and the sky condition.

A different but equally dramatic visual intrigue is created by night as the form rebuilds itself in light. 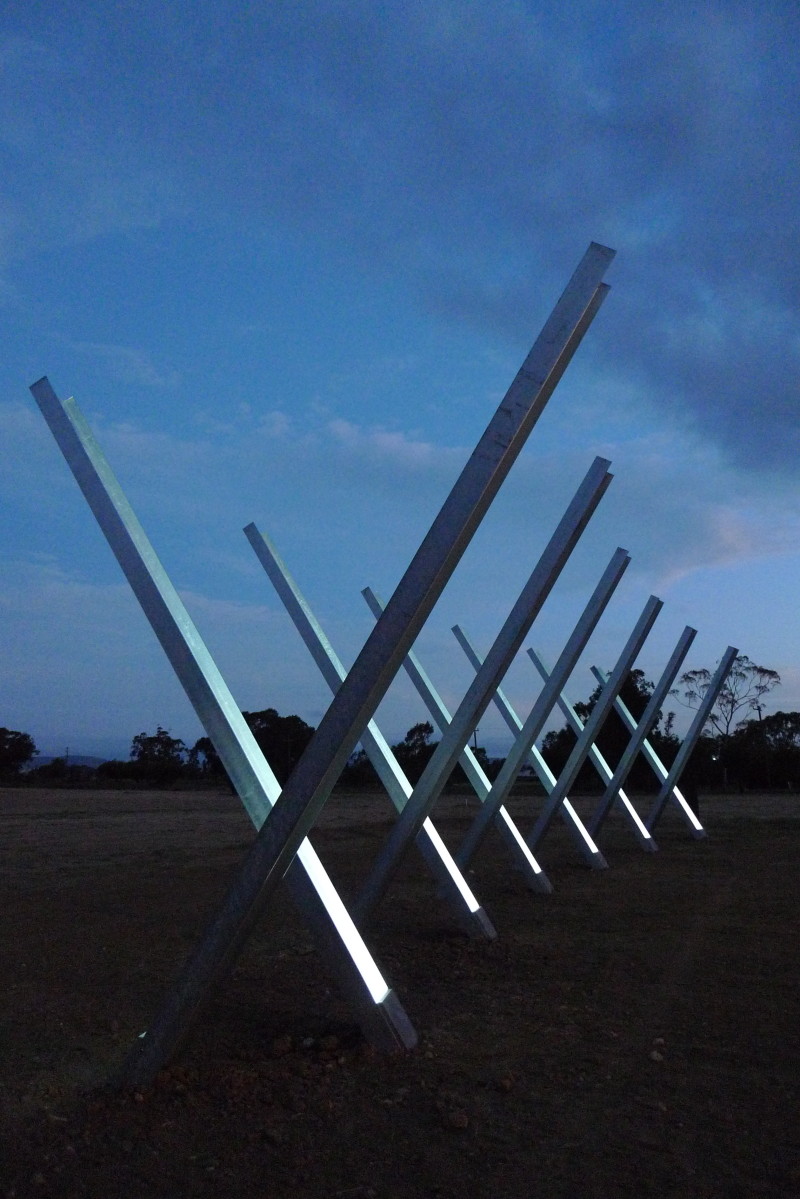