The large light sculpture is a towering icon which transforms itself from day to night. Its post industrial appearance references the industrial precinct in which it is located and further contributes to the industrial archaeology of the site. The work provides a memory of the foundry chimney, no longer present and upon whose site it sits.

Using the assumption that the pixel is akin to a 21st century molecule, the lighting effect in the large tower reveals itself as line drawings from distance which “pixilate” as the viewer approaches. Using the phenomena of colour mixing, the internal array of linear LED lighting creates a different hue in each of the penetrations (pixels) in the steel surface of the tower according to their positioning with the respect to the coloured light source. 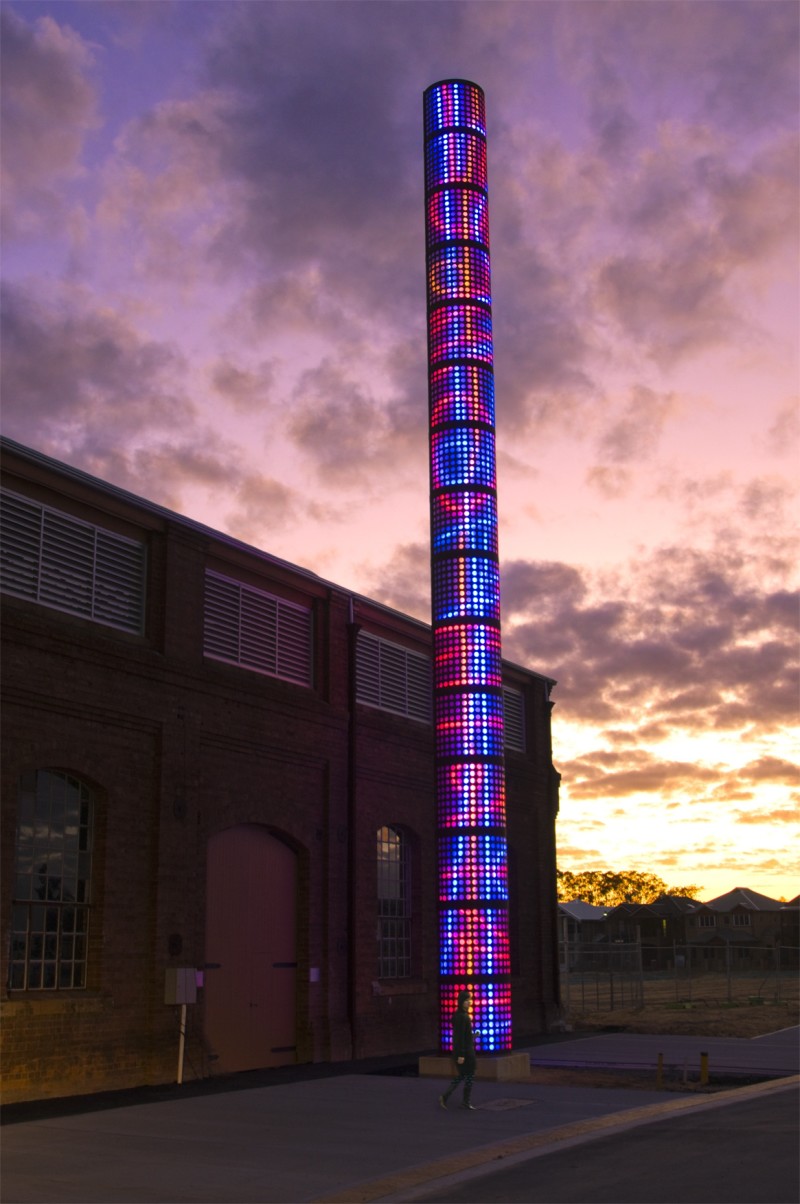